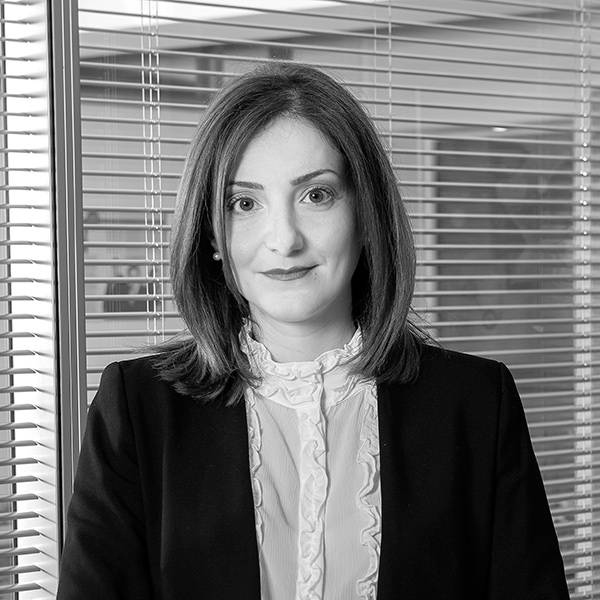 She studied Law at the Law School of Aristotle University of Thessaloniki, Greece, where she was awarded with an L.L.B.

She is fluent in Greek and very good in English.

In her career as lawyer, she has offered her services as legal advisor and active advocate in Cyprus and Greece.